Budapest Funicular was built in 1870. It connects the Chain Bridge to the Castle hill, not far from the Royal Palace.

The historical Budapest funicular, also known as the Budavari Siklo, leaves in front of the Chain Bridge in Clark Adam Square. It takes only a few minutes of panoramic ride before arriving to the Castle Hill, between the Royal Palace and the Sandor Palace. It was opened in 1870 after two years of construction works; it was destroyed in the Second World War by the Germans and it was rebuilt in 1986.

The Budapest funicular is 95 meters long, with a hight of 51 meters and a maximum slope of 48%. Each of the two working cabins on the double binary can carry 24 passengers. Cabins leave evert 5-10 minutes from 7.30 am to 10pm.

The Budapest card does not cover the cost of the funicular ride. You can purchase your ticket at the ticket office for 1000 forint one way, or 1700 return.

How to save on transport and entrance fees

City Card allow you to save on public transport and / or on the entrances to the main tourist attractions. 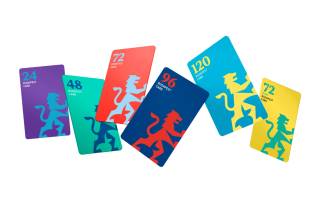